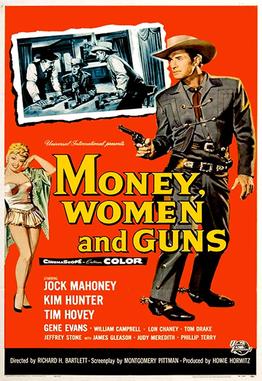 Tether Gold is neither audited nor backed perfectly. Paxos Gold though audited shows some similar discrepancies to Tether such as slightly less gold than token.

What is Cryptocurrency and Blockchain

Cryptocurrency has taken the world by storm since the early days of the financial crisis and Satoshi Nakamoto’s famous Bitcoin Whitepaper. Analysis of it goes beyond the scope of this article, however it suffices to say that Bitcoin and cryptocurrency in general have several properties that make them ideal for the trustless world of distributed transactions on a network of computers.

The Internet has made commerce, and in fact, every other transaction in human life, faster, and generally more transparent. Fewer backroom deals get made than before the Internet, though some may argue that they are far more concentrated. Regardless, the idea of a business-to-business or B2B transaction historically lay far beyond small businesses. Now the term permeates all interactions.

Cryptocurrency combines both B2B and business-to-consumer (B2C) in the world of finance by combining several properties using technology.

In simple terms we now have an open network of servers that anyone can join to confirm transactions and send limited “cryptocurrency.” This last part, the currency itself exists as a reward for the servers, or nodes, confirming transactions. In the case of Bitcoin, the grandfather token of them all, the total float, or number of coins is capped at 21,000,000 with some lost to missing private keys or wallets for example.

This last part, the keys, merits reinforcement. Cryptography of the type used in most cryptocurrency transactions requires a public and a private key. These keys use a form of audited mathematics that enable the encryption and decryption of transactions. The private key owner signs a transaction and send it to the node. Hosting of this hidden key verifies ownership. Losing or exposing this key may lead to cryptocurrency forfeiture.

Whenever one speaks of currency one thinks of precious metals. Prior to 1971 each US dollar had an equivalent amount of Gold in the US Reserves. That year the world switched to the Petroleum backed dollar, or “Petrodollar.” This lead to the oil crisis and the inequality you see today. The US made agreements worldwide that dollars would neither be backed by gold, nor limited in supply. The currency became “fiat,” or defined by edict – fiat.

Whenever a culture or civilization devolves to fiat money it begins its decline. There is no single instance of a civilization surviving the failure of its currency in this fashion. Fiat money always goes to zero as the politicians and kings print their way to irrelevance. Note how every election since 2000 the US has had a “crisis” where the solution was to bail out megacorporations with Federal Reserve paper. Only 2016 violated this trend as an outsider upended the system. Note however how the COVID19 coronavirus response lead to the same bailout only four years off-schedule.

Gold has existed as the foundation for currency since time immemorial with others metals such as copper and silver performing secondary or transactional roles due to the fact that not only is gold heavy to carry, it has too much value to be used in everyday transactions. Several projects seek to back limited cryptocurrency minting with precious metals in vaults.

Finally the shootout. Two top cryptocurrency firms issue gold backed tokens. They are Tether and Paxos. When founded the former committed to third-party audits of its reserves to create “Tether,” or a cryptocurrency “dollar” where each token had one US dollar in a vault. Eventually it severed this relationship. While the latter, Paxos, has regular audit and regulatory compliance with the New York State Department of Financial Services (NYDFS).

Although this difference ensures that Paxos is the only one I am putting money into others may be willing to risk Tether. So this article also references an open source audit from Cryptoresearch.com.

In his article linked above, Brian Hankey uses open source data from both firms and the public Ethereum blockchain to verify gold wallet addresses and backing. He finds that a small proportion of Gold cannot be verified as backing all the tokens. Or in simple words, there is slightly more coin than gold in the vaults.

This key point underlies all of cryptocurrencies promises. To verify the storage of gold one trusts an external or centralized third-party. The degree of centralization affects the independence and trustlessness of the protocol. Expect to see this concept regularly as you learn more about the new hybrid financial system developing.

The world trusts the London Bullion Market Association (LBMA) which sets standards worldwide for the mining, refining, trading and delivery of precious metals. It sets quality and appearance standards such as the London Good Delivery (LGD) bars.

Paxos Gold follows LBMA standards as audited in accordance with the regulatory standards of the NYDFS. It has a history of other “stablecoins,” or currency backed cryptocurrencies such as the Binance USD as paired with the crypto exchange, Binance, and the Paxos Dollar. Tether claims many of these similar features, but its departure from international auditing standards or organizations makes it unreliable for all but the most aggressive investors. Look forward to future Virtual Nexus articles on Compliance, Regulation and Cybersecurity.

Without digressing too far, note that you have laws, regulatory standards, policies, controls, technology and audit. Each of the parts of this framework must be met to ensure compliance with a standards. Laws are passed which determine the legal framework for the existence of a commodity or asset. They include the rules for defining the asset, transacting in the asset and settlement among other things. Administrative bureaucracies define the standards for verification and validation. Independent bodies can define the policies with frameworks and controls. Finally independent auditing and standards organizations perform the auditing roles.

These complex institutions and bodies form the backbone of any political system and culture without which no reliable global interaction can occur. The majority of our world are completely ignorant of how difficult it is to build our complex international system. The lack of these institutions is often what separates the developed world from the underdeveloped. Furthermore the cultures that sustain such rigor take potentially hundreds to even thousands of years to build. The Cryptoverse seeks to digitize all this into a trustless fashion in a few short years.

Two tokens exist backed by physical gold. They are Tether Gold and Paxos Gold. Only the latter has the support and backing of strong institutional frameworks: LBMA and NYDFS. Future articles will discuss what makes a stable or resource-backed coin including its costs, issuance, verifiability and more.