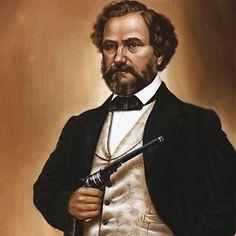 in the 1800’s Samuel Colt made men born unequal, equal. His Colt Peacemaker became the first easily maintainable firearm in human history. It made it possible for the unwashed masses to earn a means of defending themselves. This natural evolution to the American Experiment allowed people to augment or supplement their natural abilities such that they would be able to choose a destiny rather than have one foisted upon them by the seemingly capricious Mother Nature. The human augmentation movement takes this a step further by designing sensor arrays that expand human capabilities. The Internet is the natural evolution and bridge of this idea, it connects and enables information sharing on a vast nearly infinite scale.

Now, everyone can have access to nearly all of human knowledge since the dawn of the written word. Sure the Colt started in the USA but it now reaches into the deepest heart of the Congo. The World Wide Web follows this same pattern. It enables almost anyone to enhance or mitigate inborn tendencies. A child can learn everything including doctorate level knowledge for free. The impact of this change accelerates human development faster than can even be imagined. Like atoms bouncing around inside the sun ideas bounce around on the Web. They coalesce and fuse into concrete applicable things. And also like the sun, they need no master to make them conform. In fact, any attempt to control the Internet fails, it will get hotter and more explosive until it breaks free. As Ian Malcom says in Jurasic Park, “Life will find a way.” Om.